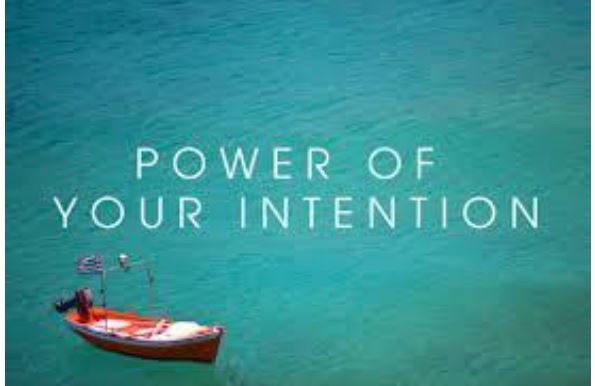 Why question Resolutions? According to Diane Dunton of Potential Released Consulting Services, “we make resolutions to lose weight, get a new job, be more attentive to our relationships, be more organized – just to name a few. The underlying focus is that something – past behavior – is not working for us and we need to solve the problem”. Diane explains that we typically identify a “problem” (for instance, lose weight), want to “solve” the problem, and then create an action plan. But, if there is no “consequence to a problem”, then for most of us, we will not create an action plan that is specific enough to solve it. In the end, setting resolutions don’t work because if there is no consequence, what’s the problem? If you don’t lose weight now, then it becomes a thought of the past and something you hope to do in the future. And so, the stated resolution – although a nice thought – goes by the wayside. Instead, an intention of feeling better in your clothing and living with more energy and vitality each day, may translate into a daily goal of making healthier snack choices or smaller portions at dinner meals. These intentions are more attainable and realistic than losing 50lbs may be. A resolution to lose 50 lbs may start off as a well-needed goal but how to achieve it may be very vague. Instead, setting good intentions about feeling better energy and vitality may translate into healthier snack choices or smaller portions at dinner more easily. In my opinion, intentions have a positive tone which may resonate differently and actually make it a goal that is kept too. Resolutions, particularly if you have set these resolutions in the past (ie. Weight loss or quitting smoking), may have you subconsciously feeling defeated before actually beginning.

How do you set an intention?

1. Slip into the Gap
Most of the time our mind is caught up in thoughts, emotions, and memories. Beyond this noisy internal dialogue is a state of pure awareness that is sometimes referred to as “the gap.” One of the most effective tools we have for entering the gap is meditation. Meditation takes you beyond the ego-mind into the silence and stillness of pure consciousness. This is the ideal state in which to plant your seeds of intention

2. Release Your Intentions and Desires
Once you’re established in a state of restful awareness, release your intentions and desires. The best time to plant your intentions is during the period after meditation, while your awareness remains centered in the quiet field of all possibilities. After you set an intention, let it go—simply stop thinking about it. Continue this process for a few minutes after your meditation period each day.

3. Remain Centered in a State of Restful Awareness
Intention is much more powerful when it comes from a place of contentment than if it arises from a sense of lack or need. Stay centered and refuse to be influenced by other people’s doubts or criticisms. Your higher self knows that everything is all right and will be all right, even without knowing the timing or the details of what will happen.

4. Detach from the Outcome
Relinquish your rigid attachment to a specific result and live in the wisdom of uncertainty. Attachment is based on fear and insecurity, while detachment is based on the unquestioning belief in the power of your true Self. Intend for everything to work out as it should, then let go and allow opportunities and openings to come your way.

5. Let the Universe Handle the Details
Your focused intentions set the infinite organizing power of the universe in motion. Trust that infinite organizing power to orchestrate the complete fulfillment of your desires. Don’t listen to the voice that says that you have to be in charge, that obsessive vigilance is the only way to get anything done. The outcome that you try so hard to force may not be as good for you as the one that comes naturally. You have released your intentions into the fertile ground of pure potentiality, and they will bloom when the season is right.
If you are not ready to meditate and release your intentions into the universe, you may be ready to set intentions by following these 4 steps as set out by Marcia Weider, America’s Dream Coach:

1. Get clear about something you want and write it down.

2. Share your intention with someone in a way that will supportively hold you accountable to taking action.

3. Do something today to demonstrate your commitment to your intention.

4. Acknowledge that you did what you said you would and then, take the next step. By setting an intention, you make it clear to yourself and others, just what you plan to do.